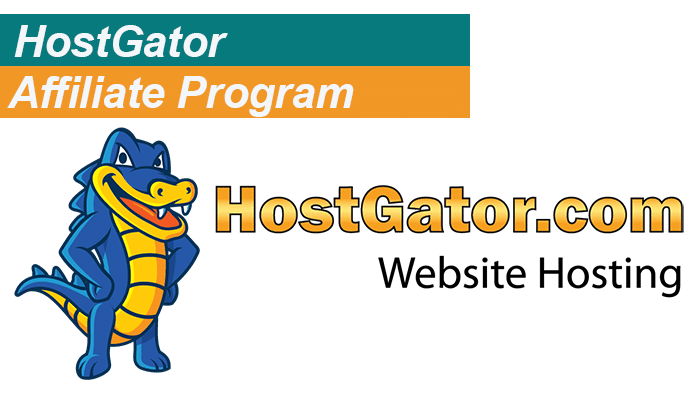 It is estimated that  64% of small to medium-scale businesses have a website. In the modern business landscape, it’s not an option but a necessity.

But we are not here to talk about websites. Instead, let’s talk about companies that host these websites.

HostGator is one of the leading web hosting services online. And as a low-cost provider many new websites start their life at HostGator.
The best part is that HostGator has an excellent affiliate program that pays well.

Where to join: HostGator Affiliate Page

Do you deal with people new to building websites? HostGator is perfect for beginners.

Are you hosting your website here and are happy about their services? Then refer others and earn lots of money instead of using your hard-earned money to pay for their hosting fees.

HostGator is thriving thanks to the continued interest in website creation. And this is not stopping anytime soon.

People have realized that they are leaving a lot of money on the table. Without a website, businesses are losing about 80% of potential customers to competitors.

That means there is money to be made by joining the HostGator affiliate program and refer these businesses to host their websites here.

The company has a lot to offer its users, as well as affiliates. Making this a win:win for you and your visitors.

Let’s look deeper into HostGator, its affiliate program and what to expect.

Founded in a dorm room by Brent Oxley back in 2002, the company has continuously grown its customer base. By February the next year after its formation, it had already signed up its first 100 customers.

The company continued to grow rapidly thereafter and hit 200,000 subscribers in 7 years after it was formed.

EIG Acquisition bought HostGator in 2012. That move allowed them to expand to Russia and China in the local language. By 2015, they partnered with WordPress to create a managed WordPress hosting.

But it has not always been a smooth ride for the company. It also had its fair share of troubles over the years, too.

It survived a Trojan attack in 2006 that infected at least 200 machines. In 2012, it also suffered a social engineering attack by the computer hacker group UGNazi.

Nevertheless, these issues did not stop the company from rising to the top of the industry.

Their affiliate program is a popular one. Many people today earn lots of money from HostGator, and you can too.

What does it take to be a HostGator affiliate?

How much can you make?

There is no limit to what you could earn from the affiliate program. Let’s see how to apply to be a HostGator affiliate.

Go to our affiliate programs page for more program reviews.

How to Join the HostGator Affiliate Program

Becoming a HostGator affiliate is quite simple. In Fact, it only has one step, and you’re ready to start. Just sign up for free, share your affiliate link, and start earning commissions.

Marketing the company is best suited for people with an audience that is interested in website building. If you have a list of people that want to create a new site for products, services, or portfolios, then you can make a fair wage from this affiliate program.

One of the nice things about HostGator’s affiliate program is that it is very inclusive. The barriers to entry are low and they allow affiliates from all over the world. All you need is a defined audience, present them HostGator and your affiliate links, and start earning your commissions.

Not only will you be provided with affiliate links but also get coupon codes and banners to use in your blog posts, sidebar, and email list.

Impact Radius is the affiliate’s program backend that allows you as an affiliate to keep track of your progress. It’s a great addition to the affiliate program

The platform enables you to get reports, view your earnings, and see announcements from HostGator central. It also allows you to keep up with your payments, and this inspires progress.

HostGator’s commission rates are pretty good. The HostGator affiliate program is very popular because of the ease of conversion and the high payouts.

They have a system that enables you to earn higher commissions as you sell more. Below is a breakdown of the commission’s amount earned per signups

To understand how much you can earn for ten people who signup from your link, just do a simple calculation:

These volume gates are based on your monthly activities so you are reset to 0 every month.

HostGator has a 60-day cookie which is great. This means anyone who goest to HostGator from your affiliate link will be your customer for the next 60 days. Per HostGator …

The tracking cookie is valid for 60 days and is awarded on a last click basis. This means that if someone uses your affiliate link before signup, it will overwrite any other affiliate cookie that is currently in their system.

The payout terms for your commissions are two months plus ten days after the purchase. The reason HostGator does it this way is to account for its 45-day money-back guarantee.

That reduces the risk on the buyers’ side and increases their confidence in HostGator. Hence, it becomes a win-win case.

However, you will have to be patient until the two months plus ten days elapse.

To ensure you are fully equipped as an affiliate, the company offers a bunch of tools to help you sell more efficiently.

For instance, you will get coupons and banners mentioned above. These make it easier for you to integrate the affiliate link into your content without appearing too salesy.

Another great tool is the discount coupon code. On your affiliate dashboard, you can request a custom promo code and get step by step instructions to help you integrate it into your content.

The terms of service section [link] helps you learn more and answers some of the most frequently asked questions.

Sales tracking using affiliate links and custom coupons are a great way to see your sales growing. You can track both of these to keep up with your sales and see the result of your targeted campaigns.

How to Promote HostGator Online

You aren’t going to want to try to target “HostGator” as the keyword. It is very competitive and captures traffic for many search intents, not just people looking for hosting.

Looking at the keywords below, the better keyword opportunities are … 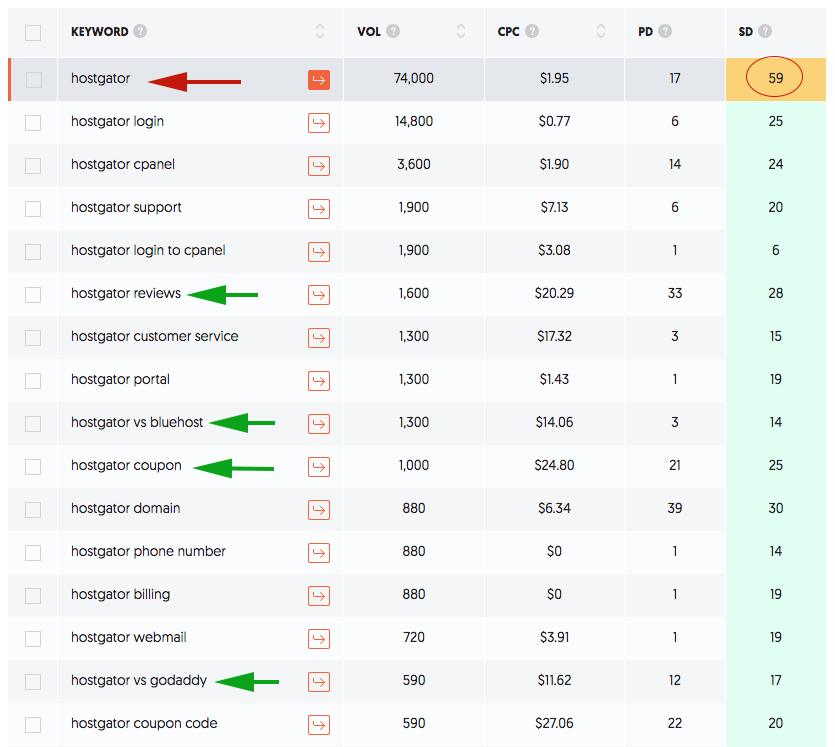 Also hosting attracts top affiliate marketers with lots of authority, existing content, traffic and sales campaigns. So you won’t have much success just sticking an ad in your sidebar. The better option is to have a focused content strategy, integrate it with email marketing and a landing page. Some additional promotional ideas include …

Social — Get creative with social. Join groups where hosting recommendations come up, be helpful and provide links only where not spammy. If you have a good experience with HostGator talk about it. I would not put the affiliate link in another group but rather have content that draws people to your HostGator content.

Promote to your audience via email — Send out an email about your latest related content. Have a landing page with more detailed information about HostGator or a new special offer. Consider having a FaceBook pixel on the HostGator landing page. Hosting pays well enough that retargeting ads can work. Retargeting is the process of creating an ad, in this case on FaceBook, that is only seen by these warm leads that have already seen some of your HostGator content. Warm leads will convert much better.

Use deep linking — Deep linking means that you can link to any content on HostGator’s site. Rather than just send them to the HostGator landing page you can send them to specific places at HostGator and still get credit. For instance, you could link them to things like “HostGator Login Page” or “HostGator Cpanel” within a review article.

Since many of the super-affiliates participate in hosting a great strategy is to emulate their campaigns. Go through the entire process …

Why reinvent these campaigns and strategies when you can learn from those being successful. Others have tested and refined the campaign for you, just adapt it to your audience.

Go to our affiliate tips page -- learn how to promote products.

It is clear that there is a lot that you can achieve with the HostGator affiliate program. The company has tried to make the affiliate program easy to grasp and straightforward for the most part.

Let’s look at some of the main benefits and the cons of being a part of this affiliate program.

Ample room for growth for affiliates

Offers a dashboard to track sales

Easy to set up and promote

Should You Become a HostGator Affiliate?

Do you have visitors that can benefit from hosting and domains?

Does your audience include small businesses, entrepreneurs or others likely to be building their first website?

Do you use or have experience with HostGator?

If you answered yes to any of the above, promote HostGator on your networks and watch your commission grow.

This company has the additional benefit of a solid 18 years on the market. It can be a viable source of passive income for any affiliate with the right buyers in their network.

How much do HostGator affiliates earn?

Is the HostGator affiliate program hard to join?

No. They are very inclusive and accept most affiliates.

Is hosting a competitive market for affiliates?

Yes. Hosting pays well and converts well so many affiliates promote these offers. Best to have a strategic campaign to work your prospects through your sales funnel.